Football, a game of passion played for glory. It is indeed the most popular sport in the world played between 2 teams seeking glory in the end. Over the course of the time, world football has seen numerous rivalries where clubs play each other to humiliate their deadly enemies. Here is a list of top 10 rivalries in football world which carry violence and moments of extreme emotions with them. 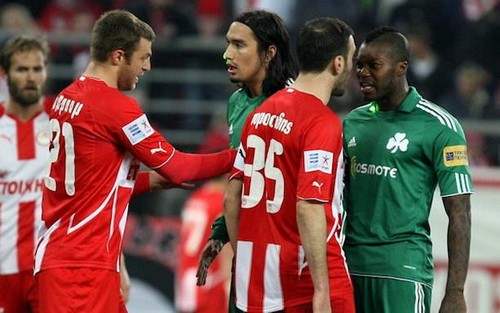 In the last place of our countdown of top 10 rivalries in football is a derby between the 2 most successful clubs in Greece. The game between Olympiacos and Panathinaikos is known as “The derby of eternal enemies”. The 2 clubs fight hard for the “Superleague Greece” title each year. Olympiacos has an edge within the country football, whereas Panathinaikos has an upper hand in European competitions. The games between the 2 clubs are intense due to hatred between the players and the fans. Broken chairs and fireworks are a quite regular scene. With 43 domestic league titles, Olympiacos remains the better among the two. 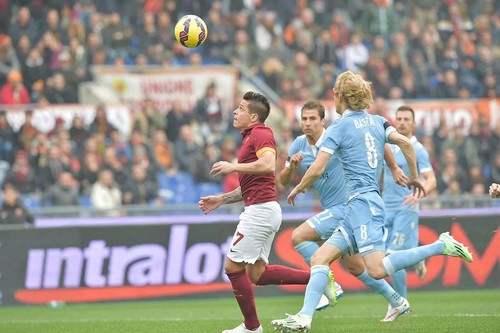 Italy is a country of passionate and loyal footballer players. The 2 Italian clubs AS Roma and Lazio are not the most successful clubs in the country, but it’s about the city of Rome. It’s about the honor that who holds “Rome”. The games between the city rivals have presented a scene of wildness on some occasions. One of the derby games between the clubs was stopped for 10 minutes on the order of president after the fans set the stands on fire. One of the iconic personalities of Serie A Francisco Totti once said in his interview that he will not allow his son to enter the house if he ever supported Lazio. 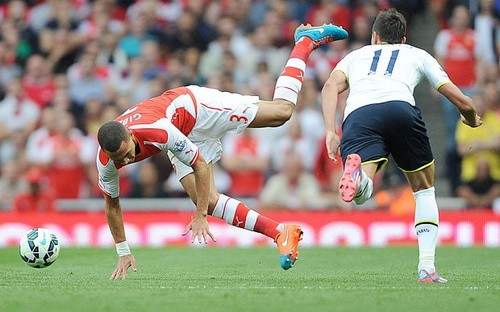 Arsenal and Spurs are two English clubs based in north London. The two are local rivals with their stadiums only 4 miles away from each other. There is a lot of history between the 2 clubs down the years. The fan bases of both the clubs are deadly enemies of each other. Although Mr. Wenger is very keen on securing the 4th position in the league, and has been doing that with consistency, almost every year, Tottenham has also managed to never finish above Arsenal at the end of the season for the past decade. 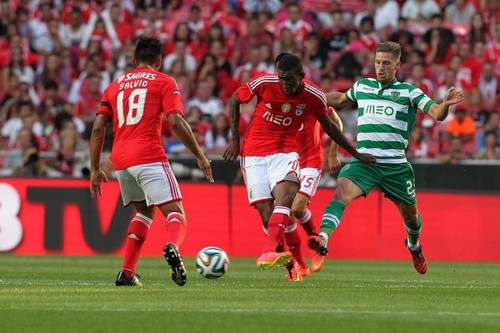 Benfica and Sporting Lisbon are two city rival clubs based in the Portuguese city Lisbon. The distance separating the home grounds of the 2 clubs is just 3 km. The dominance period of Sporting is over long ago and Benfica is ruling the Portuguese League. This is a war of dominance, and numerous times violence between the players and the fans in the stadium has been reported. 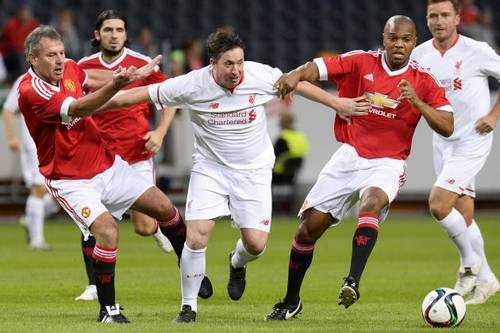 Another rivalry from the English football! The game between Manchester United and Liverpool football club is one of the most watched football game in the world. The 2 clubs are inter-city rivals with a competition over titles. The rivalry began after Manchester United rose as the dominant force in England replacing Liverpool from the spot. Even though neither Liverpool nor Manchester United have been competitive enough after Sir Alex left, the fierce rivalry continues and means a lot to the fans and players of the both sides. 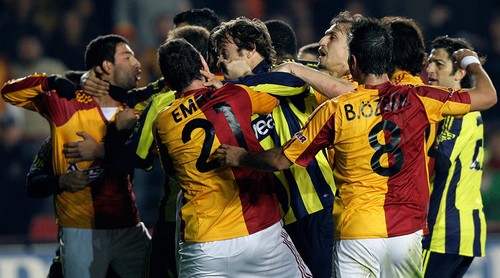 The “Istanbul derby” or “Intercontinental derby” is a rivalry between two Turkish clubs, both based in Istanbul. The rival has it’s rooted in a game between the 2 sides in early 19 century. A very nasty fight broke into the players of the 2 teams and since then the relations went intense. In 2013, a Fenerbahce fan was stabbed by a Galatasaray fan after a game. After every game, the stadium presents a scene of riot with fireworks and broken stadium equipment found everywhere. 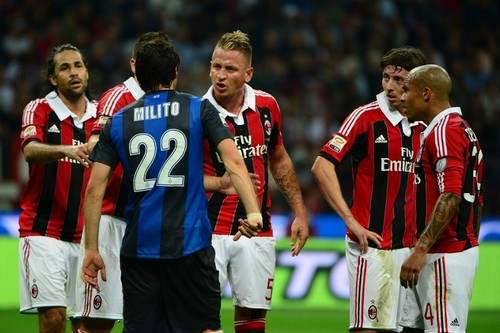 The Italian club Inter Milan and AC Milan were a single club until 1908 when a dispute between the boards parted the 2 clubs and the rivalry began. Both clubs were very much dominant in the Europe but are currently struggling with their form. Although the derby between the two remains intensified and thrilling to watch.

Another city rivalry between Celtic FC and Rangers both based in the city of Glasgow, Scotland. The 2 teams are Scottish heavyweights with Celtic having the upper hand by winning more titles and derby. 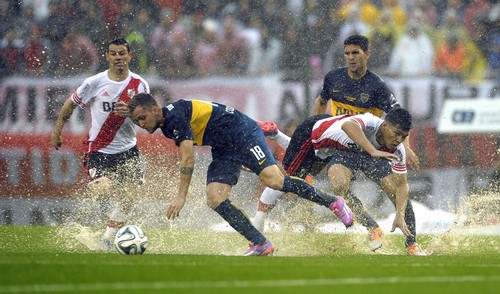 The Argentine heavyweights River Plate and Boca Juniors have one of the most deadliest rivalries in football. The derby, also known as “Superclasico”. It is the passion and rivalries between the fan bases which makes this derby a special one. Any derby between the two teams brings the passion out of the players and the fans. It is always a tense game with lots of brutal fouls by players and hostility by the fans for their rivals. 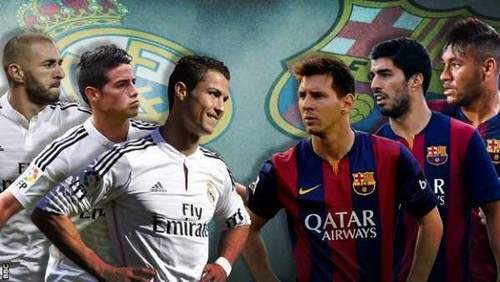 El-Clasico, the deserving one for the 1st spot in our countdown of Top 10 Rivalries in Football. Barcelona and Madrid are Spain’s 2 largest cities, and their football clubs being the arch rivals of each other. FC Barcelona and Real Madrid CF, both are Spanish giants that for La Liga title every year. Both of them are dominant in the Europe also with Real Madrid having 11 UEFA Champions League and Barcelona won 4 in the last decade. Although Barcelona has been dominant in Spain and overall Europe in the past decade and won the most number of titles, Real Madrid has great history and still have the most La Liga and Champions League titles. The games between the 2 clubs are usually full of action, thrill and emotions.