Endless expanses, blistering heat or pitiless cold put ten toughest running races in the world as an absolute challenge for each runner

What man can not think of if he wants to test his limits? Hardener, further and more extreme is the motto of the ultra runner. This motto has many followers, showing the fact that you have to qualify for many Ultra runs at smaller events.

Meanwhile, there are even entire race series in which like Winter sports World Cup of or Formula 1 World Championship, several stations to be taken around the globe within one season.

For better comparability only individual competitions will be considered in this leaderboard of the toughest running events in the world. Also, you will see the first ten events which are only held annually. So, for example, the Trans Europe Running from Lisbon to Moscow with a distance of over 5,000 kilometers lacks in this leaderboard, because it was held only once (2003).

In addition to the regularity of the event there were other criteria for inclusion to the top ten, especially the insurmountable distance, weather conditions, the road profile and the mental demands associated with each run.

To the ends of the earth. 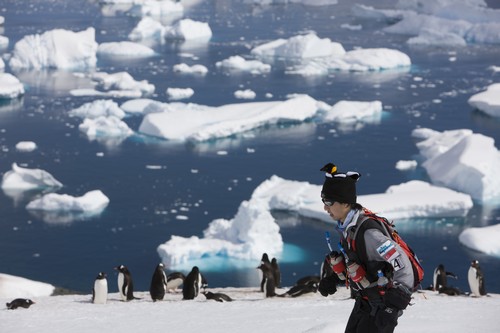 The Antarctica is probably the toughest race of the “Racing the Planet” series. This series through the icy wastes of Antarctica is in addition to the passage through three further annual desert crossings: Atacama, Gobi and Sahara. In addition, a fifth run is at different places each year.

In fact Antarctica which held in November is the season finale of the series. In this race can participate only those runners who can afford the nearly 2,500 euros entry fee and pass through at least two of the three other deserts in the same calendar year.

Participants must carry all their equipment and all their provisions themselves. Only (warm) drinks are offered at the checkpoints
The greatest enemy of the starter is the cold – although in November actually summer prevails in the southern hemisphere. But that makes the eternal ice only brighter. 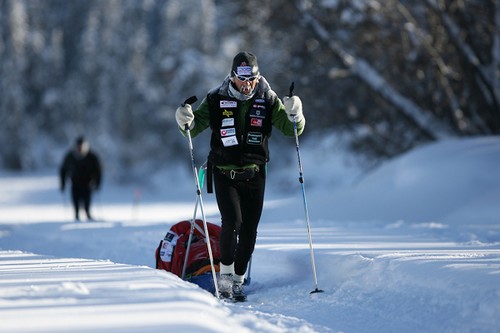 In the northwestern corner of Canada, not far from the Arctic Circle, there is Yukon Territory. Every year in February, it brings together a few die-hards to take 700 kilometers travel on snow and ice from Whitehorse to Dawson City.

Temperature of minus 40 degrees Celsius and below (record: minus 60 degrees Celsius, 2007) interferes the starters. As well as snowdrifts and storms complicate orientation.

The race takes place in non-stop mode; the participants will be supplied with food and drink only at the checkpoints. They may also deposit their own food and gear there. Not by chance, the organizers mentioned on their website that in this race each starter must be aware to risk his life.

In addition to skiing you can optionally complete the Yukon Arctic Ultra on a mountain bike and cross-country skiing – which does not really pleasant things. This also shows the low number of racers who reaches finish: in 2009 more than half of the participants finish it in advance.

If you want to take part in other races despite this supreme 700 km / 430 miles discipline you can also start with a 100- or a 300-mile race. Here the participation fee is also slightly lower than the 700-kilometer run, in which you have to pay around 2,000 Euros. Prize money will not be paid for the rest.

Next stop: the Valley of Death. 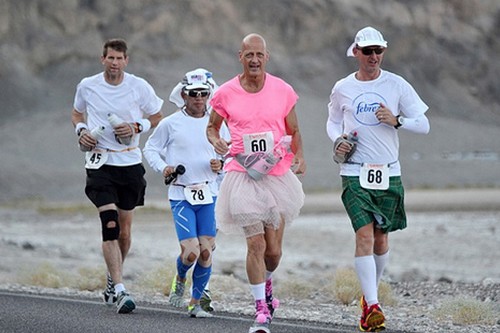 The ice in the heat. The Death Valley in California’s Mojave Desert is one of the driest places in the world. It bears his name “Valley of Death” accordingly and rightly so.

So it is obvious that even an ultra running is extraordinary in this inhospitable place. Every year in July running race Badwater Ultra takes place at changing temperatures of about 50 degrees Celsius in 220 kilometers through the desert.

Drought and heat are the constant companions of the runners from the start in Badwater (85 meters below sea level) to the finish line on Mount Whitney (2,530 meters above sea level). This means that the starter additionally have to cover 4,000 meters in altitude.

Participation costs around 700 euros. It is for all participants who finish three races at least 160 km before. This requirement makes perfect sense because the Finishing time of Badwater Ultra is 60 hours. The race record is 22 hours and 51 minutes, which corresponds to an average speed of almost 10 km/h. 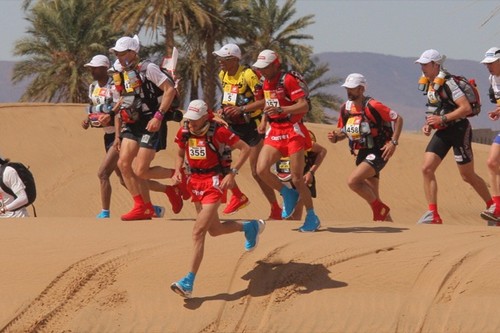 The Sables Marathon is a real traditional event which annually held in the Moroccan Sahara in April. This competition has been held since 1986.

The name “Marathon” is a unique understatement incidentally. Strictly speaking it is a race which takes place on annually changing routes about 230 kilometers that are scheduled to be complete in six stages at a total of seven days.

The biggest challenge here is an extremely long section of approximately 80 kilometers in length, for which the participants will have a maximum of 40 hours – and with external conditions of 40 degrees Celsius during the day and in some cases only 5 degrees Celsius temperature at night.

According to the regulations each starter should be equipped with a minimal survival gear (sleeping bag, snake bite kit, food), which he must always carry with him. The fastest starter needs to be ready for the about 17 hour’s hardships.

China from its loneliest page. 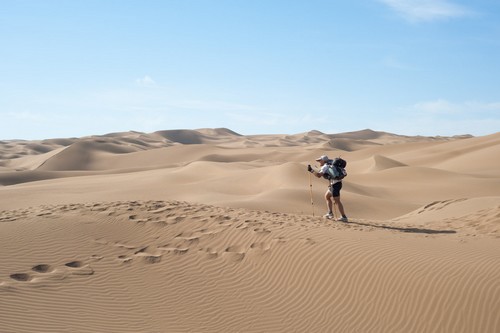 Even the annually held in June Gobi March belongs to the “Racing the Planet” series. Accordingly, the fundamentals are the same as in Antarctica: 250 kilometers in six stages, seven days, 2,500 euros entry fee, self-sufficiency.

Nevertheless, the Gobi March is the exact opposite. With more than 45 degrees Celsius, it goes through one of the most desolate regions of the world. Even in a run which goes along rivers, participants can expect only drought.

The 2011 edition of the Gobi March started in the Turpan Depression in the northwest of China. This is the third lowest place in the world (155 meters below sea level). Only the Dead Sea and the Sea of ​​Galilee in Israel are even deeper.

Even more important thing for starters is that the Turpan Depression is the famous hottest place in China and the most distant point of earth from ocean – it is not a very encouraging fact for someone who crosses the desert.

The expected winning time is usually less than 24 hours, which means an average speed of more than 10km /h in the deep desert sand.

Dry is no longer of Use. 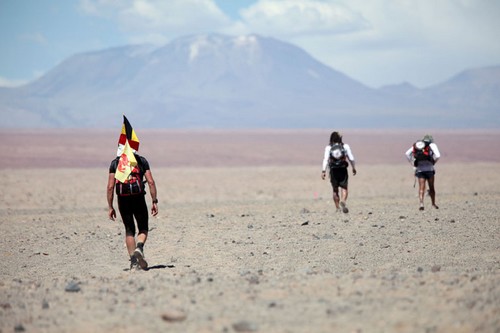 The running through the Atacama desert in Chile is also one of the races of “Racing the Planet” series. Every year in March the participants go through the 250 kilometers of six stages in seven days by the driest area in the world. For comparison 50 times as much rain as here drops in Death Valley. And there a rainy day is an absolute rarity.

The maximum temperatures are not very large problem in Atacama Crossing. Due to the location (influence of the cool Humboldt current, closeness of the Andes) the mercury barely once rises over the 30 degree Celsius mark in this desert. At night the thermometer often drops to minus 15 degrees Celsius.

So participants in addition to the barren landscape (wind, dried salt lakes, knee deep sand) especially must deal with the fierce temperature fluctuations.

In the footsteps of the Pharaohs. 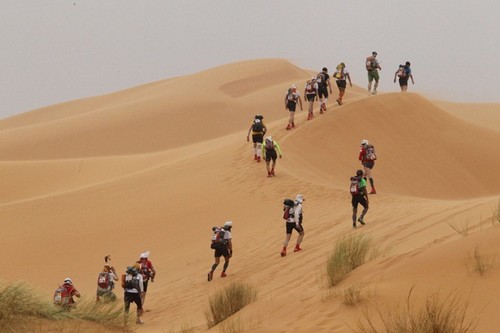 The last representative of the “Racing the Planet” series is ranked seventh in the list of the toughest running events in the world. The Sahara Desert is annually held in October in the Egyptian part of the Sahara.

Among the four races of the series which held regularly this is probably the most interesting – after all racers convert the route in the footsteps of the Pharaohs and see several archaeological sites.

Rules are different here, 250 kilometers in six stages, in seven days falls in the Valley of the Whales (Wadi Al-Hitan), in the desert which was the locality of whale, shark or coral fossils in the past. But even more pyramids are met along the route.

That means at least there is some variety when you consider that the starters have to deal with high temperatures of about 50 degrees Celsius in the red-hot deep sand. 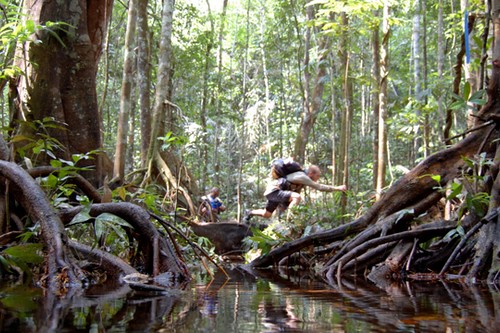 On the eighth place there is the first running event, which takes place neither in the desert nor in the ice: The Jungle Marathon is held annually in October in the Brazilian rainforest.

At extremely high humidity and high temperatures, the participants have to fight through trails in the forest and also not be afraid of water. After all, several times they have to cross or swim creeks and rivers on their way through the jungle.

Participants must complete 200 km in six stages, in seven days, the king stage is 80 kilometers long, that’s why the participants are in action during the night too.

To avoid that a runner may hopelessly lost in the Brazilian rainforest, the entire route is marked with colored warning tape. This causes a slight point deduction in rating, as well as the fact that the night stage is illuminated. Precisely because of the high humidity the Jungle Marathon remains as a high hurdle.

A round in the border of three counties. 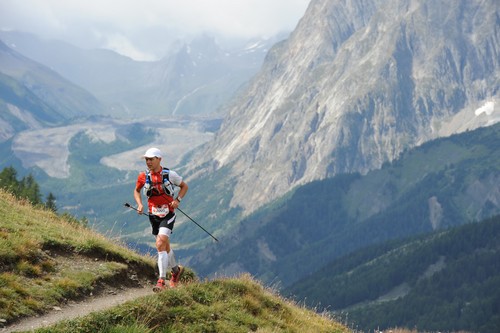 The toughest European running event is annually held in August in the border of three countries France, Switzerland, Italy. Start and finish of the race 166 km long around the roof of Europe, Mont Blanc, the former Olympic town of Chamonix in the French Alps.

When Mont Blanc Ultra Trail with the distance of almost four marathons should take a higher place, the fact that it is quite pleasant temperature in the Alps in August led it to relatively poor position in the rankings. The total altitude of 1,900 meters could not change anything.

Due to the large crowds the organizers set the bar for the starter quite high: Who wants to start the Mont Blanc Ultra Trail, must qualify in several competitions in advance.

Following in the ancient Greeks footsteps.

The Top Ten list is rounded off by a real traditional event. The Spartathlon, a run from Athens to Sparta with a 246 kilometers distance was held in September 2010 for the 28th time.

But its actual history goes back much further – at least one the Greek historians Herodotus (5th century BC…) believes so. He claimed that in 490 BC during the Persian wars of the Athenians the messenger Pheidippides was sent to Sparta to ask for their support for the upcoming battle of Marathon.

Today runners follow as much as possible the “original course”. Time is 36 hours. The race record is 20 hours, which corresponds to an average speed of about 12km/h. Thus the Spartathlon is the fastest running event in this leaderboard.

However, this relatively high pace is also related to the comparatively moderate route and quite tolerable temperatures – these two factors prevented a higher ranking too.

But don’t hurry to sites in the greater Athens. Only those who have at least once proven his performance on ultra distances in the past three years can take part in the race. Minimum requirement is a period from 10:30 hours with a 100-kilometer run.