Tennis is one of the most popular sport in the world. Tennis is an Olympic sport and is played at all levels of society and at all ages. It can be played individually (singles) or between two teams of two players each (doubles). The modern game of tennis originated in Birmingham, England, in the late 19th century. It is played by millions of recreational players and is also a popular worldwide spectator sport. Since that time many great players have come and gone. While it is difficult to compare players of different eras due to higher fitness standards and technological changes. Compiling a list of greatest tennis players ever can be a very difficult and subjective task.

It is one of my most favorite games in all aspects. That’s why, I started my blog first post “10 Most Beautiful Women Tennis Players” with my favorite sport “TENNIS”. Despite the challenge, here below is my list of all-time 10 greatest tennis players (male). 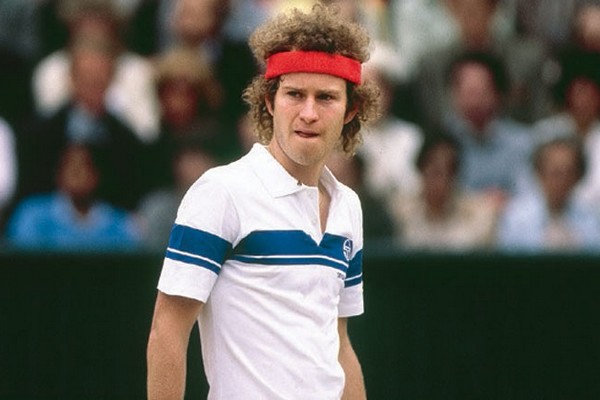 What make John McEnroe in our list of all-time Greatest Tennis Players? When it came to hard courts, fast surfaces, and creative shot making there is non better than McEnore. His legacy is enhanced by his incredible rivalry with Lendl, Jimmy Connors and most notably Borg, which resulted in one of the best finals ever at Wimbledon in 1980. 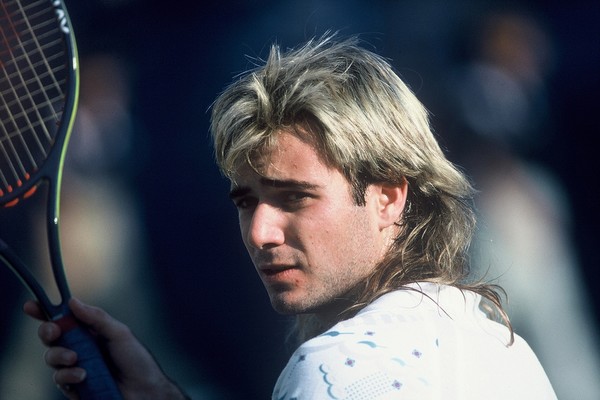 One of the most dominant players from the early 1990s to the mid-2000s, Andre Agassi hiold the 9th place on our list of 10 greatest tennis players of all time. He was considered the best service returner in the history of the game. The BBC described Agassi upon his retirement as “perhaps the biggest worldwide star in the sport’s history”.

In singles tennis,he is an eight-time Grand Slam champion. He was the first male player to win all 4 Grand Slams on three different surfaces (hard, clay and grass), and the only man to win the Career Golden Slam and the ATP Tour World Championships. With those killer ground strokes and return of serve, no top ten list would be complete without Andre Agassi. He was one of the most charismatic players in the history of the game.

Where to place place Novak Djokovic on this list was not an easy decision. Placing him on the list of ’10 greatest tennis players of all time’ was an easy job, but where? It was not. Just at the age of 27 years, he has won seven Grand Slam singles titles, and has the potential to win many more Grand Slam titles. By winning three Grand Slam titles in 2011, Djokovic became the sixth male player to win three Grand Slams in a calendar year. He held the No. 1 spot in the ATP rankings for 113 weeks. 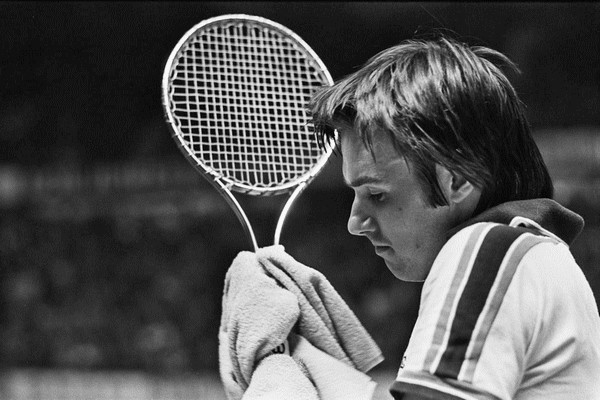 He was the world’s top ranked player for a then-record 160 consecutive weeks and an additional 8 times during his career for a total of 268 weeks. He was the first male player in the Open Era to rank No. 1 for more than 5 years. He held a year-end top ten ranking for an Open Era record 16 years. 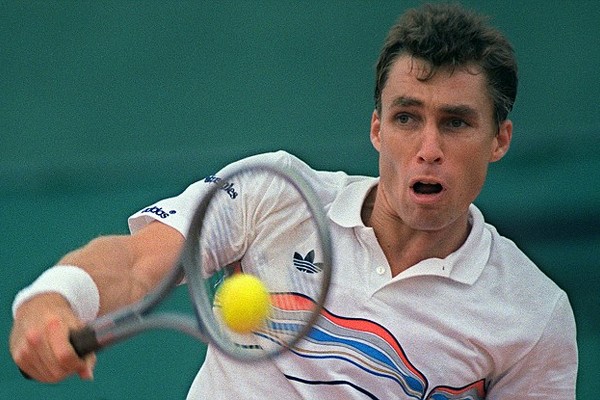 The most dominant player of the 1980’s, Ivan Lendl hold the 6th place amongst the greatest tennis players of all time. With his powerful ground strokes and topspin forehand Lendl wore down his opponents with his incredible level of conditioning. During his career, he competed in 19 Grand Slam singles finals, a record surpassed by Roger Federer in 2009 and Rafael Nadal in 2014. He won Grand Slam singles titles and reached at least one Grand Slam final for 11 consecutive years.

He was the world’s top ranked player for 4 years and held the world No. 1 ranking for a then record 270 weeks. After Connors, Lendl is the 2nd male player to win more than 1000 tennis singles matches (1071), and has won 94 singles titles.

What was not to love about the long-haired, blonde Swede, with the killer ground game? During his career, between 1974 and 1981 he won 11 Grand Slam singles titles. He won 5 consecutive Wimbledon singles titles and 6 French Open singles titles, a record he held until it was broken by Rafael Nadal. He is considered by many to be one of the greatest tennis players of all time.

Borg is the only player in the open era to win both Wimbledon and the French Open in the same year and do so for three consecutive years. He is the only player to win three majors without dropping a set. He was the first player to earn more than one million dollars in prize money in a single season, in 1979. 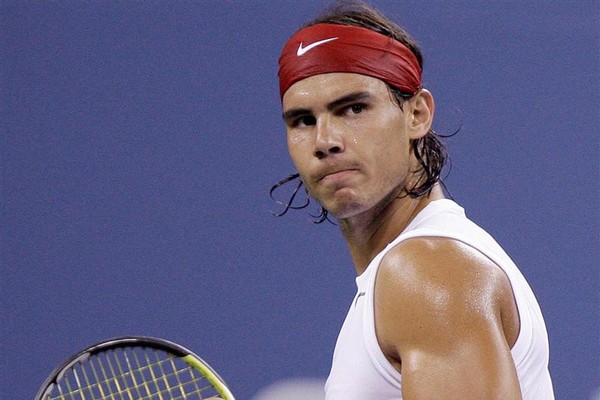 Rafael Nadal – after Federer the most astonishing player in Tennis history. He is the only man who has the ability to beat federer in 1 on 1 match. Rafael is regarded as one of the greatest tennis players and greatest clay court player of all-time. Known as Rafa, and “The King of Clay”, the fiery Spaniard, at 28 years of age already has 14 Grand Slam titles and certainly has the potential to surpass Pete Sampras’s total of 14.

Nadal holds the record for most consecutive titles at a particular tournament. He is the second male player, after Andre Agassi, to complete the singles Career Golden Slam. In 2011. He was named the Laureus World Sportsman of the Year.

Sampras was world no. 1. for 6 consecutive years (1993–1998) and his 14 Grand Slam titles was at the time a record. Who can forget his epic battles with Andre Agassi in the final of US Open, that made a great decade for tennis? He went out on top when he won the 2002 US Open, his last Grand Slam tournament. He is the last American male to win Wimbledon (2000) and the ATP World Tour Finals (1999). 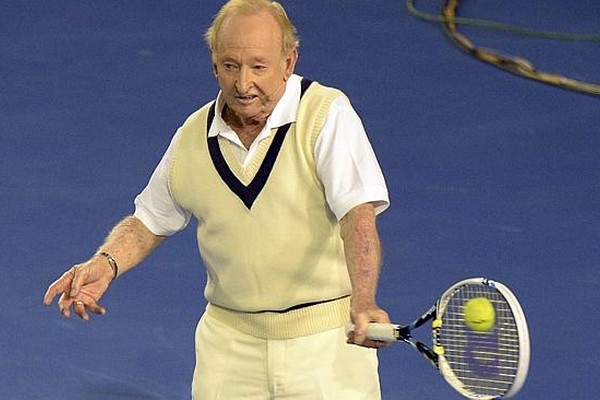 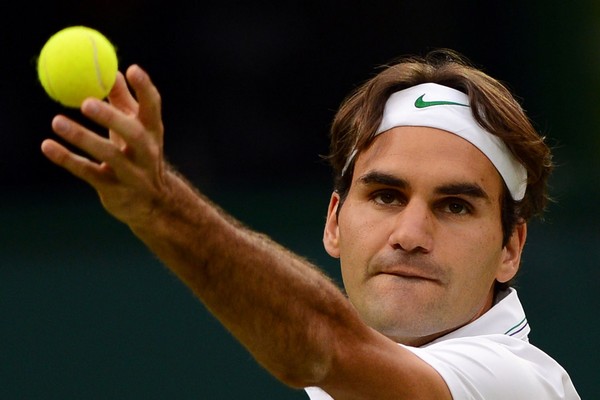 One of most inspirational tennis players: The Swiss star holds the top place on the list of 10 greatest tennis players of all time because of his excellence during, before and after play. He won the 20 Grand Slam singles titles; reaching each Grand Slam Final at least five times, and reaching the Wimbledon final nine times.

He is currently ranked world no. 3 by the ATP, and has been ranked inside the top 10 continuously since October 2002. Numerous commentators, pundits, and former and current players of the sport regard Federer as one of the greatest tennis players of all time.