Our list of the 10 most recognizable athletes features male and female from different sports, age groups, and parts of the world. As different as these athletes are, all of them share something special: a skill level and talent that’s well above that of their competitors. 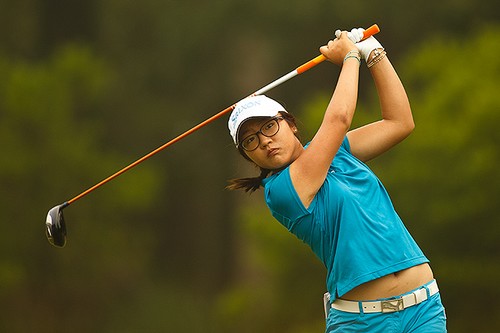 Before the age at which most kids graduate from high school, Ko rose to No. 1 in the world and won the LPGA’s $1 million season-long Race to CME Globe. She won three LPGA events in 2014, and finished in the top 10 of the first six events she played in 2015. Ko won the LPGA Rolex Player of the Year Award by two points over Inbee Park, making her the youngest winner in the 49 years of the award. She was named as one of Time magazine’s 100 most influential people. Also, Ko has been named in the EspnW Impact25 list of twenty-five athletes and influencers who have made the greatest impact for women in sports. 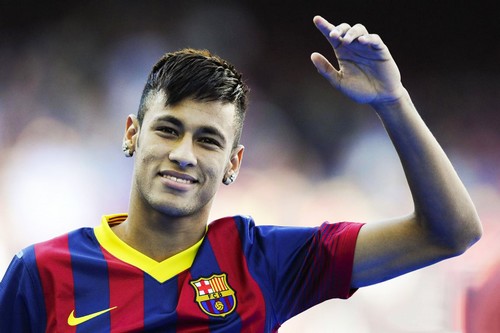 Known for his acceleration, dribbling skills, finishing and ability with both feet, Neymar is arguably one of the most recognizable athletes in the world today. With 46 goals in 67 matches for Brazil, Neymar is the fifth highest goalscorer for his national team. He was named him the most marketable athlete in the world. Also, he was ranked by The Guardian as the sixth best player in the world. 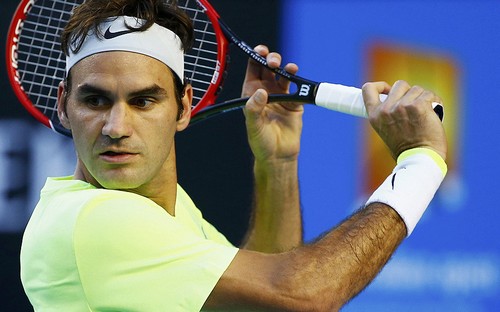 Regarded as the greatest tennis player of all time, Federer holds several records of the Open Era: holding the world No. 1 position for 302 weeks, winning 17 Grand Slam singles titles; reaching each Grand Slam final at least five times and reaching the Wimbledon final ten times. He is among the seven men to capture a career Grand Slam. He has reached 27 men’s singles Grand Slam finals. He has won the most matches in Grand Slams (297) and is the first to record 65+ wins at each Grand Slam tournament. 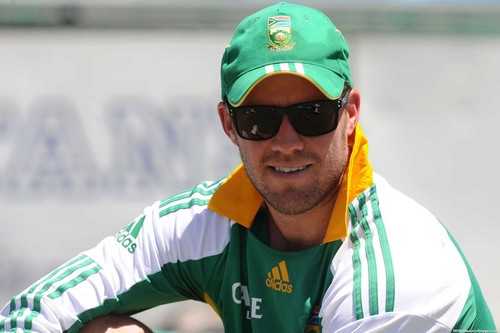 The master of improvisation, breathtaking batsman, most dangerous hard hitter and a perfect athlete – not only cricket but also of Tennis, Rugby, Golf and many other sports, AB de Villiers is undoubtedly one of the most recognizable athletes in the world today. Widely regarded as the current best batsman in the world and one of the greatest of all time. He holds the records for the fastest 50 (16 balls), 100 (31 balls) and 150 (64 balls) in One Day Internationals by any batsmen in ODI history. 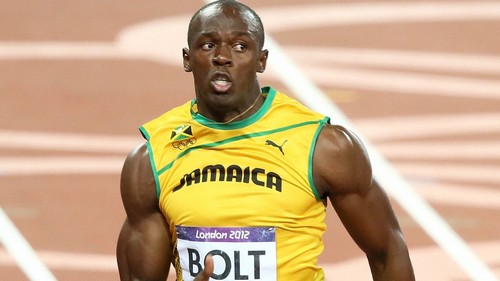 One of the most recognizable athletes in the world, Jamaican sprint star Usain Bolt nicknamed as “Lightning Bolt“ for his achievements in Sprinting. When it’s an Olympic year, or even a year before an Olympic year, he’s the fastest man who has ever lived. He is the first man to hold both the 100 metres and 200 metres world records. Bolt has been voted the Best Male Athlete of 2015 by the International Sports Press Association (AIPS). It is the fifth time that he has won the award, following his victories in 2008, 2009, 2012 and 2013, the years in which he similarly won three gold medals at global championships. (iaaf.org) 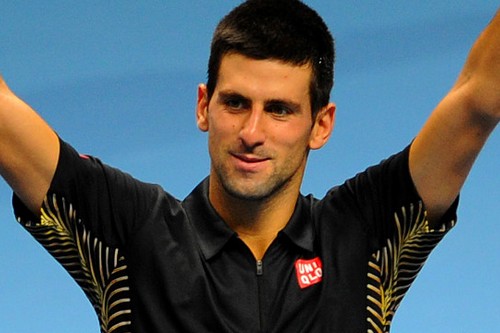 The sky would seem to be the limit for the world No. 1 in 2016. He’s coming off one of the half-dozen best men’s seasons of the Open era, in which he finished one victory shy of the first men’s calendar-year Grand Slam since 1969.

Novak Djokovic capped a dominating 2015 season with a win at the Barclays World Tour Finals in London. He has been on an incredible roll since he elevated his game starting in 2011. He appeared in the finals of 13 of the last 18 Grand Slams (winning seven) and pocketed $59 million in prize money since the start of 2011. He ranks second all-time in prize money with $79 million. His endorsement profile has picked up in recent years and is starting to match his game. He picked up lucrative deals with ANZ, Jacob’s Creek, Peugeot and Seiko last year. 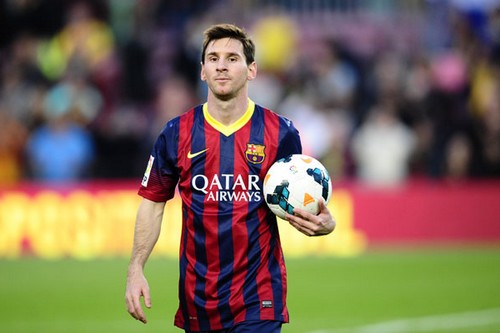 When you’re talking about the best player in the world and the natural successor to Diego Maradona, there is only one obvious name: Lionel Messi. One of the most recognizable athletes in the world today and rated by many in the sport as the greatest of all time, Messi is the only football player in history to win the FIFA Ballon d’Or four times consecutively, and the first player to win three European Golden Shoes. A prolific goalscorer, Messi holds the Guinness World Records titles for most goals scored in La Liga (292), a La Liga season (50), a calendar year (91), a Champions League match (5), and most Champions League seasons (5). 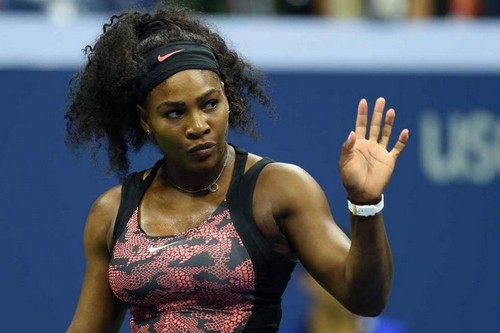 Serena Williams had a remarkable year 2015. The No. 1 player in women’s tennis is arguably one of the most recognizable athletes in the world today. She won the year’s first 3 Grand Slam tournaments, lost just 3 matches — one of them the semifinal of the year’s last Grand Slam. In December 2015 she was named Sports Illustrated’s Sportsperson of the Year.

Williams holds the most major singles, doubles, and mixed doubles titles combined amongst active players, male or female. Her total of 21 Grand Slam singles titles is 3rd on the all-time list behind Margaret Court (24) and Steffi Graf (22), and second in the Open Era, behind only Graf. She has won 13 Grand Slam doubles titles with her sister Venus, and the pair are unbeaten in Grand Slam tournament finals. Williams is also a five-time winner of the WTA Tour Championships and four-time winner of Olympic gold medals. 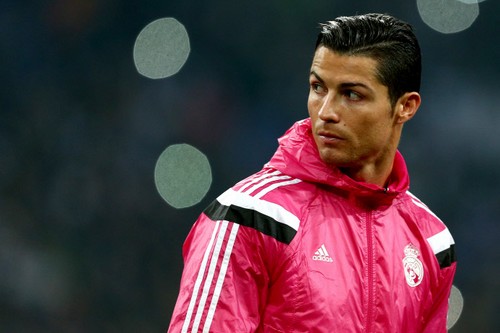 Cristiano Ronaldo – without doubt one of the most recognizable athletes, the greatest talents of his generation and is widely considered to be, at worst, the second best footballer on the planet.

He is the only player in the history of football to score 50 or more goals in a season on five consecutive occasions. In 2015, Ronaldo became the all-time top goalscorer in the UEFA Champions League with 82 goals, and Real Madrid’s all-time leading goalscorer. 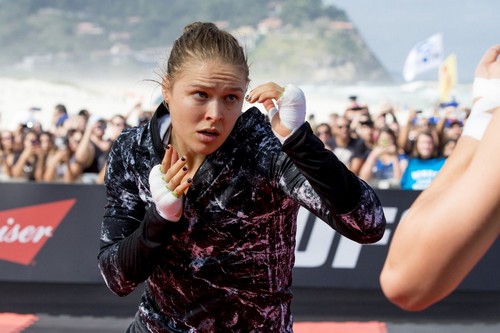 No athlete is the best in their sport by a wider margin than Ronda Rousey. She isn’t just the most recognizable woman in the UFC, she is is arguably one of the most recognizable athletes in the world today. Her two wins have lasted an average of 15 seconds. The UFC made her its first female fighter ever. In her 5 UFC fights, only one opponent has made it out of the first round without getting knocked out of submission.

On November 15, 2015, in her 6th title defense, Rousey faced Holly Holm at UFC 193 in the main event. Despite being a heavy betting favorite, she was unable to get Holm to the ground and had no answer for Holm’s superior striking. It was only the second time that Rousey had been taken beyond the first round in her MMA career. Early in the second round, Holm knocked Rousey out with a kick to the head, ending Rousey’s three-year reign as champion; it was the first loss of Rousey’s MMA career.